I’m told I over think, I’m complicated and I’m sure the same people when they see my work will come to the same conclusion. Yet it’s simple, I don’t overthink nor am I complicated and when you understand this could be the case all perceptions of my work might be quite easy to understand.
It’s quite simple really, like everyone I would like to be rich, be able to afford everything I have to work hard to afford and which most of the time I cannot afford.
I don’t understand why we do things. Why we need to be driven by money and greed. Why when we enjoy the simple ways of life, the clear blue skies, the green lush greens of spring, the yellow sands of summer, the warmth of a cosy house in winter we look to have more which does not let us enjoy any of these just because we are trying to get something which does not deliver any of these. At the end we miss out on what we would have had , had we just sat down. And it was probably free to take all the time.
I don’t understand why when we know something is wrong we let it continue unchanged and only react when it’s been going on too long and it’s harder to change. I don’t understand why popularity, even when delivered through loud noises and fake successes are credited more than consistent hard work that produces in silence.

Why it is that people are valued for what they say and how loud they speak than for their actions.
Why is it that our lives are focused on a fake reality such as what money and economies are? Are they not numbers attached to things most of which in reality have no value? And those valued placed by people who wish to have more of something which glitters like gold but most probably won’t feed us.
And then I don’t understand why we don’t look at the truths and actually end up conceiving our opinions on a few facts and not the overall picture. Why civilisation as we know it seems to speak loudest praising people who we would rather spit at if we knew their truths but we would rather not speak or know those truths because it might mean we might end up spitting against someone everyone praises.
These are all mere thoughts which I’m sure …. we’ll am I sure… you ask yourself have you ever thought the same?

As an artist, I might detest pigeon-holing and following conventional thought, but I am guided as much as anyone else by it. You don’t draw with a biro, it’s un inferior tool. You draw with a pencil, a dipping pen in ink, charcoal, pastels on proper paper. A biro drawing on scrap paper is not valued the same. Yet it is just as much the same art and creativity as every other material or tool used.
These all creates conflict. With a style in which I might be drawing section by section without planning it’s quite simple, every thought, every pathway will diverge and converge. They will change in fluidity and perspective in the same way as your thoughts change throughout the day, influenced by what is directly happening.
That is why it is quite simple to read my work. Every section is a snapshot, but the overall is a snapshot of a developing mood, a global overview and the small things are the clues of sometimes mundane thought. It’s like reading a journal hour by hour, day by day, not an overall view of the self throughout his lifetime, just hints.
Three pieces of artwork defined me these past days. ‘Colourless’ was simple it was not black lives matter nor was it in honour or tribute to George Floyd.
It was about injustice and equality. From a tan skinned Latino who has resided in dumps, run the subway tunnels with graffiti artists for a time, faced unemployment in a foreign land and lived under colonialism and later walked the streets on his beat as a law enforcement officer. Where the chants of racism came from the minorities at times because of the accent and the lighter brown of the skin, from the bosses who supposedly should have been ensuring it didn’t happen in their work place. And when enforcing the laws it was the streetwise respect that earned the respect and the understanding that your actions can cause damage and you deserved only to wear that uniform if under adversity and when in a position of authority your restraint protected even those you were up against or acted as a custodian.
The other two pieces the content was dictated by the tools. A technical pen limited, whilst a biro liberated. 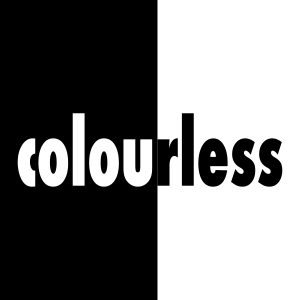 Add the permutations and find the birds and you might realise what the storyteller was narrating, if he was that is.
Btw, I’m waiting for the aliens to invade this year, after all is that not all that we now need.

Children del divan - illustration by Stephen Ignacio which in its abstract form puts forward a question over how children’s views into the future are transformed by the present they live through. In this case a rebellious attitude rises from within groups who were once forced to live in enclosed quarters because of their status within society whilst others lived in luxury. A question over a community such as Gibraltar during the 60 and 70s and how attitudes founded the beyond.
Facing reality - illustration by Stephen Ignacio
Horse drawn carriage in the 60s 70s
There is always a starting point and this figurine, my take on a Santa, was the starting point of me trying out clay... must be some thirty odd years since I last used clay...
Another sculpted piece ... this time with Fimo
Some sculpting these past weeks ... so far removed from my usual it is exciting and relaxing to do