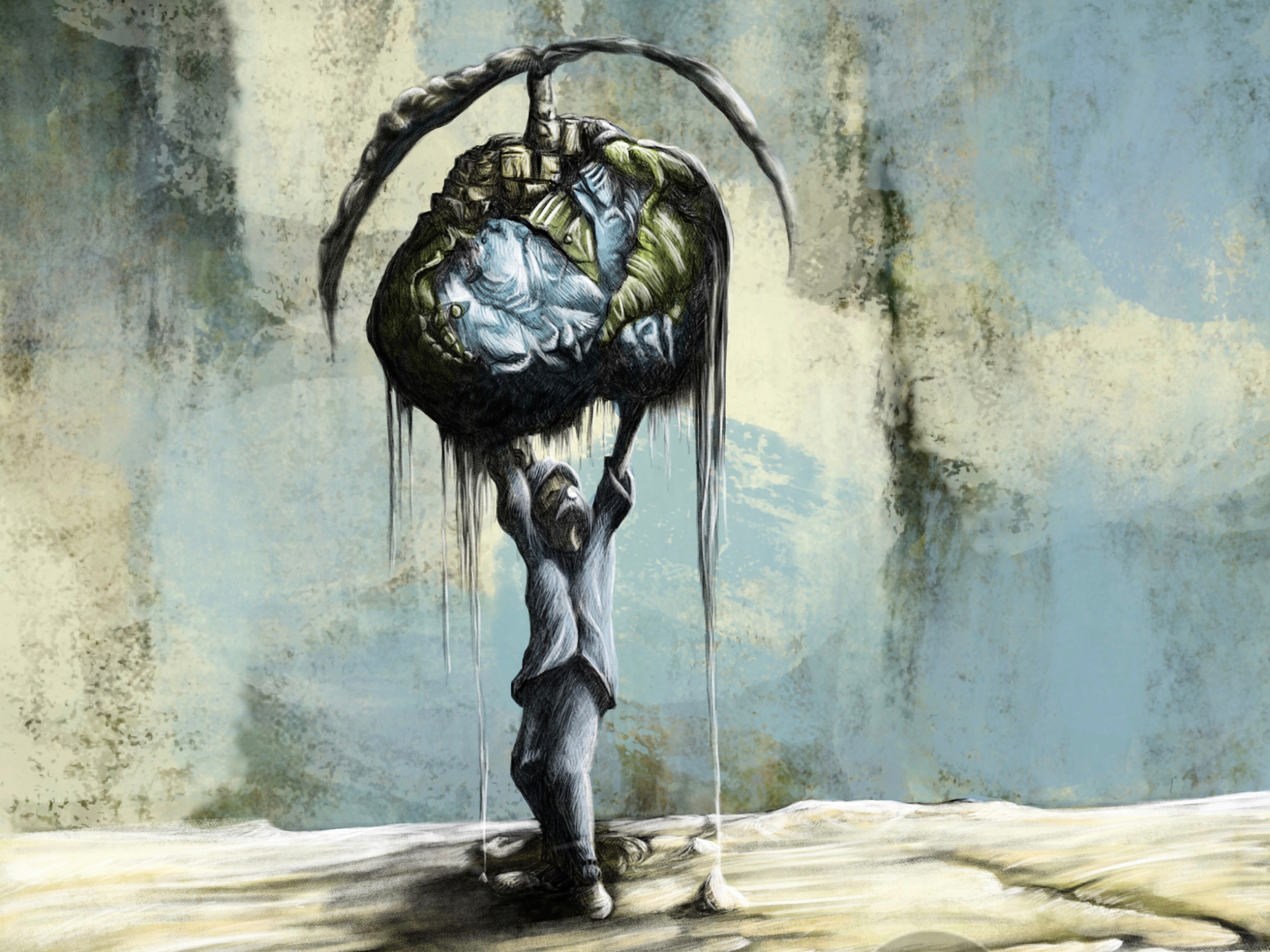 The illustration ‘Burden’ pushed my own boundaries. Tired on limiting myself, as I had, by keeping my sketching style away from using other styles the iPad Pro through apps such as Adobe Fresco allows for, this was a release in allowing the styles to blend in one illustration. Colour is not something I am known for lately, but the tools in Adobe Fresco provided a freedom in drawing which felt natural, in the same way as drawing on paper with graphite pencils. Adding colour was where the iPad had also provided me with a fluidity in clean colours which I transposed into this illustration.
It felt different in doing, and it felt natural when doing it.
The illustration itself was based on the foundations of frustration itself with my surroundings. The way society was returning to its old habits, my personal circumstances feeling enclosed by situations and a strong sense of wanting to transmit a message that not all things around us are resolved by the capitalists freedoms we advocate our money-influenced society lives in. There is more to life than what we aspire to through our reliance on commercial luxuries which are, as we have seen, fake realities.
Burden I suppose is very much a self portrait although never intended to be such.
It’s probably one piece that made sense whilst doing, just like the previous the day before.

The image is available in my online galleries as a digital download or print if anyone is interested.