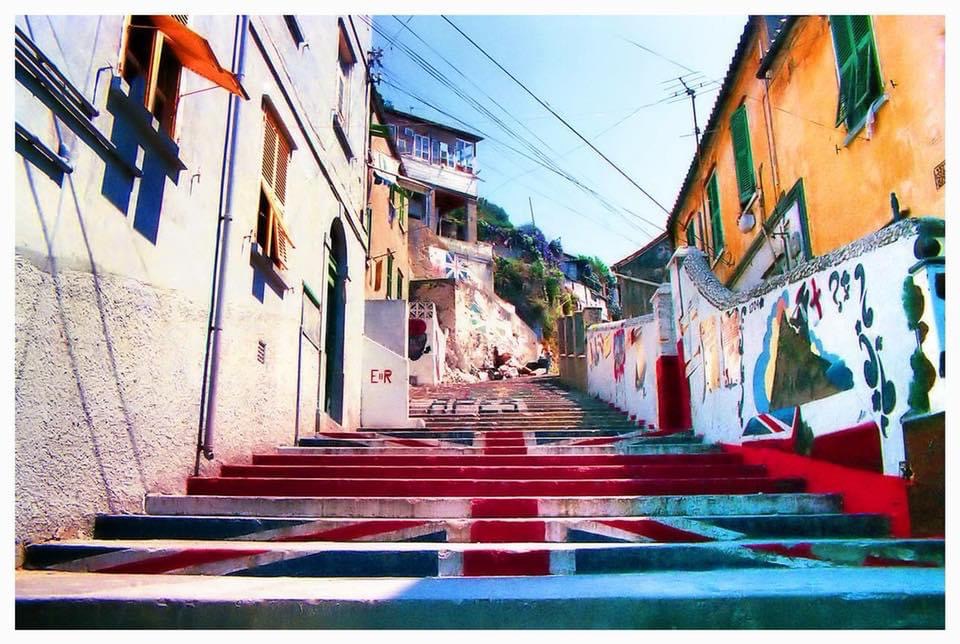 Since very very young my late father used to bring home with him paper and pencils from work. I used to look forward to it and used to ask him to bring more when I run out.
I suppose that was really the start of my love affair with art, although I was not in anyway exceptional or different to anyone, I used to love to doodle and sketch.
As I grew up I knew what I wanted to be but it was something that would prove to be a constant battle with my parents and teachers.
In those days any thought of becoming a designer or like in my case a comic illustrator as I wanted to be, was never going to go down well. Everyone tried to dissuade me, from teachers to youth careers officers to my parents, but I had three allies in my art teachers, my mother and grandmother. I stuck to my guns and chose my options with a view of going to art college. My father eventually turned to support me when one summer, just at the age of sixteen, and in between my o’levels and a’levels I decided to paint a mural outside my home.
I had my small successes with comics, one making it into the church weekly newsletter (I was really chuffed by this at the time) and then another strip making it into the Chronicle for a couple weeks instead of the Gambols.
But It was really in the mid- 80’s, the time the border had just partially opened that things changed and started becoming serious and not just a child’s dream. The mural had its own little story to go with it making it into the Chronicle after one of my neighbours complained and I faced being arrested for graffiti.
It was quite funny at the time because I remember the police were walking up Devils’ Gap Steps to speak to me when Slim Simpson turned up. He just brought out his camera and started to take photos of me working and then asked for an interview with the two coppers waiting. When he finished he told them that I would be coming out in the newspaper the next day, that he was sure everyone would be interested to know if a sixteen year old was arrested for beautifying the walls.
Of course the police walked away and never returned. Instead I got a call from the Government who supplied enough white paint to paint all the walls at Devils Gaps steps and paint cans from different people like the fire brigade which gave me enough supplies to paint all the walls. I spend the whole summer and most of my free time during the next year painting murals.
That was really when thing became serious. I wanted what had been a hobby to become a life. I sold a few pieces here and there to friends during those days too even though I was still pretty young. Eventually I passed by exams and headed to college. That is another story altogether.
But it was that mural, which is no longer there but which image reached the eyes of the then Prime Minister Margaret Thatcher which resulted in a letter which eventually ended in the hands of the then Chief Minister Sir Joshua Hassan.
Who would have known how events turn around in such a way and bring people back onto the same tracks. I later became a journalist and politics was the first area I delved in. Funnily enough among the persons who watched me paint those murals are three persons whose present roles also come into the spheres that mural brought me to see for the first time. One being a young teenager who today leads Gibraltar through possibly the biggest public health crisis it has existed through, as Gibraltar’s Chief Minister, another being an also young teen whose father was at the time the chief minister and who now has joined Gibraltar’s political scene as the only female in opposition. she at the time watched with her sister from the archway to the building I lived or from the window overlooking the walls. The other not so much in politics but very much a key component in my present, and later becoming a very good friend, being an at the time young teen who accompanied the boy who would turn chief minister and who is now my editor. Paths that brought us together many times and which has seen us see a lot through the media since the day I wrote on those walls “Born British, Die British.” Words which I no longer myself believe in as I am a believer in Gibraltarians choosing their own destiny even if this were to be alone from everyone else.
It’s, however, actually quite extraordinary how the summer of 1985 was a spark to many things which were to come. And that mural will always hold a special place in my memories. I later became a police officer too (six and a half years in the force) and I would likely have arrested any person painting on walls without permission, whether a photographer was there or not, so I am thankful for that officer who used common sense rather than the law as it was obvious that had I been told to paint the walls white I probably would have in those days. 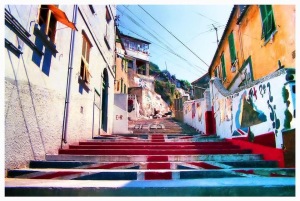